The Helvetica font is celebrating its 50th birthday. You've probably seen it a thousand times today. Why?

At this moment in boardrooms across the globe, captains of industry are leafing through sheet after sheet of typefaces. There are hundreds of choices, but many of these movers and shakers don't take a lot of leafing before plumping for Helvetica.

We live in a world where we are surrounded 24 hours a day by adverts and corporate communications, many in typefaces chosen to subliminally complement the message.

Helvetica and its rivals

Helvetica's message is this: you are going to get to your destination on time; your plane will not crash; your money is safe in our vault; we will not break the package; the paperwork has been filled in; everything is going to be OK.

It is sans serif. There are no wiggly bits at the end of the letters. It has smooth, clean lines, and an unobtrusive geometry that almost suggests it was designed not to stand out.

Lars Mueller is a Helvetica devotee. He has published a book, Helvetica: Homage to a Typeface, and recently donated an original set of lead lettering to a Helvetica exhibition at the Museum of Modern Art in New York.

"It has a modern attitude which lines up with the aesthetic premises of the 1950s and 60s. Helvetica is a corporate typeface, but on the other hand it's the favourite of hairdressers and kebab shops. It is the butter on the bread."

Gap, Orange, Currys, Hoover, Lufthansa, Panasonic, Royal Bank of Scotland, Tupperware, Zanussi. The list of brands that use the Swiss typeface - celebrating its 50th anniversary this year - would fill this page.

"It's durable. It comes from natural design forms. It doesn't have an expression of fashion. It has very clear lines and characters, it looks like a very serious typeface," says Frank Wildenberg, managing director of Linotype, the German firm that owns the font.

The typeface, inspired by the 1896 font Akzidenz Grotesk, was designed by Max Miedinger in 1957 in conjunction with Eduard Hoffmann for the Haas Type Foundry, in Muenchenstein, Switzerland.

As Wildenberg notes, its Swissness is part of the appeal. The land where clocks run meticulously and the streets are spotless carries the kind of cultural resonance that the logo makers and brand masters of the major corporations might like a bit of. For others, its neutrality is a platform for daring design.

The typeface's dominance over the past half-century, cemented by the release of Neue Helvetica in the 1980s, has now inspired a documentary, Helvetica, and exhibitions on both sides of the Atlantic.

But not everyone is a Helvetica lover. Type "I hate Helvetica" into Google and there are forums for people who rage at the mindless "corporate chic" of this dominant font. They see it as a vehicle for social conformity through consumerism, shifting product with a great big steam-roller of neutrality. 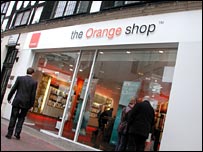 Leading graphic designer and typographer Neville Brody, who sparked a spate of Helvetica use with his design for Arena magazine in the 80s, says the typeface represents a safe choice for businesses.

"Typefaces control the message. Choice of font dictates what you think about something before you even read the first word. Imagine Shakespeare in large capital drop shadow. Our response would be quite different towards the content."

It's perhaps understandable that corporations don't want to take any typographic risks, bound as they are by the bottom line. Choose a wacky typeface in your logos or advertising, and turnover may suffer. Helvetica, on the other hand, offers clarity and neutrality. When used in adverts, it is a platform for other parts of the message.

Nadine Chahine, who works in sales and marketing for Linotype, advises companies on what font to use.

"If you take a script typeface [with a handwriting-like appearance] and use it as the logo for a bank, there's a problem. You need something reliable - it's where you keep your money. It is not about a fun, personal message.

"It uses subliminal messages so that you get a feeling. All of these different meanings are implied within typefaces."

Hence the font Frutiger is used for airports and European motorway signs, New Johnston is the choice of London Underground, Cooper Black for Easyjet, and Dunkin Donuts bears the unmistakable Frankfurter font.

But away from the boardroom, many ordinary computer users follow the same path of choosing fonts that say something about themselves when they send an e-mail or write a letter or CV.

You've probably endorsed Helvetica yourself by using one of its digital clones, the Arial typeface, to write e-mails - perhaps because it's easy to read, because it looks reassuring familiar or because it may be the default font on your system.

Others might use a Courier or a Times New Roman to impart their authority, or choose the cartoonish Comic Sans to go with their Mickey Mouse tie. 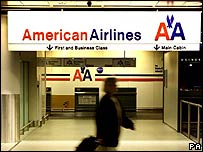 It speaks of reliability

And just as with the hegemonic Helvetica, these choices arouse strong feelings. There is a "ban Comic Sans" campaign, which has attempted to get legislation enacted in Canada. In Germany, the battle between typefaces ran alongside the country's turbulent history and struggle for national identity in the 19th and 20th Century.

Black letter Gothic typefaces like Fraktur were alternately endorsed and then banned by the Nazis. Now, despite being most associated outside Germany with footballers' tattoos and covers of heavy metal albums, there is still a group dedicated to its return to common usage.

Helvetica may be the most dominant of the fonts, but it has not squashed the opposition in either advertising or the e-mail. And whether you use it, or choose not to, you are sending out a message.

- By Finlo Rohrer
BBC News Magazine
Posted by Madhukar B Raju at 1:07 AM