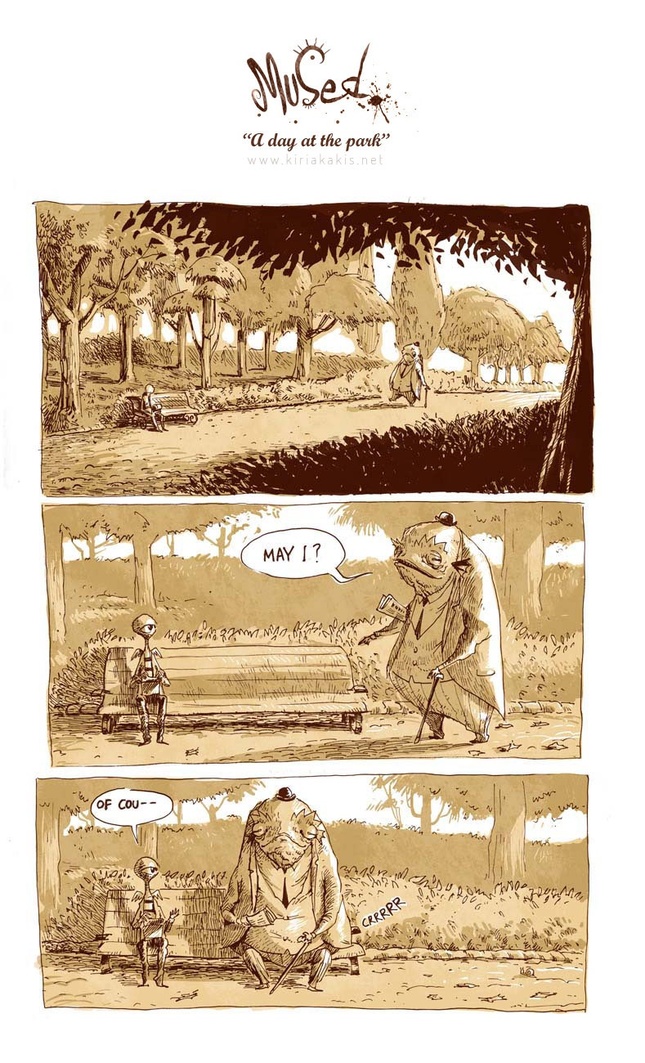 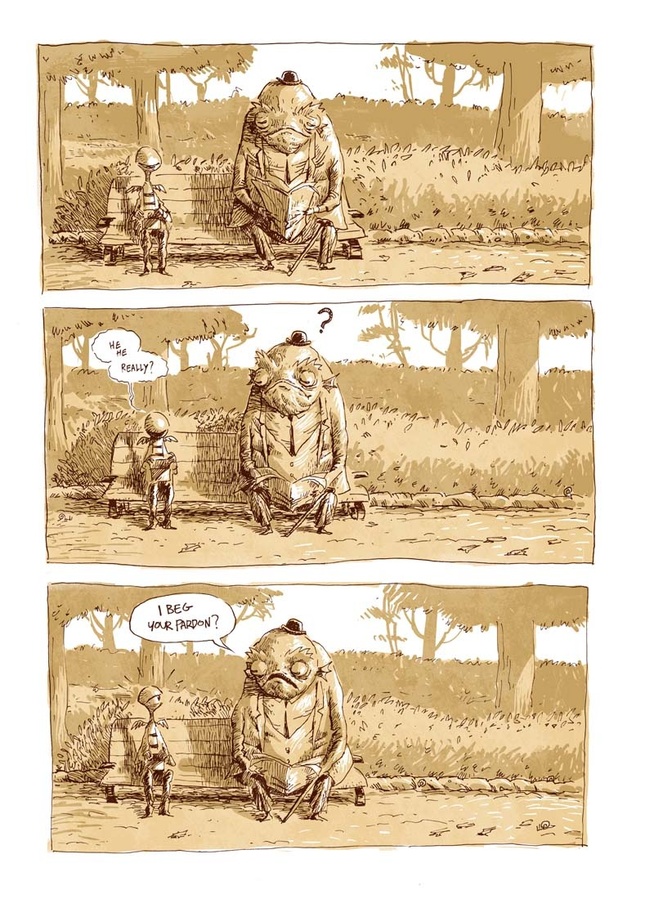 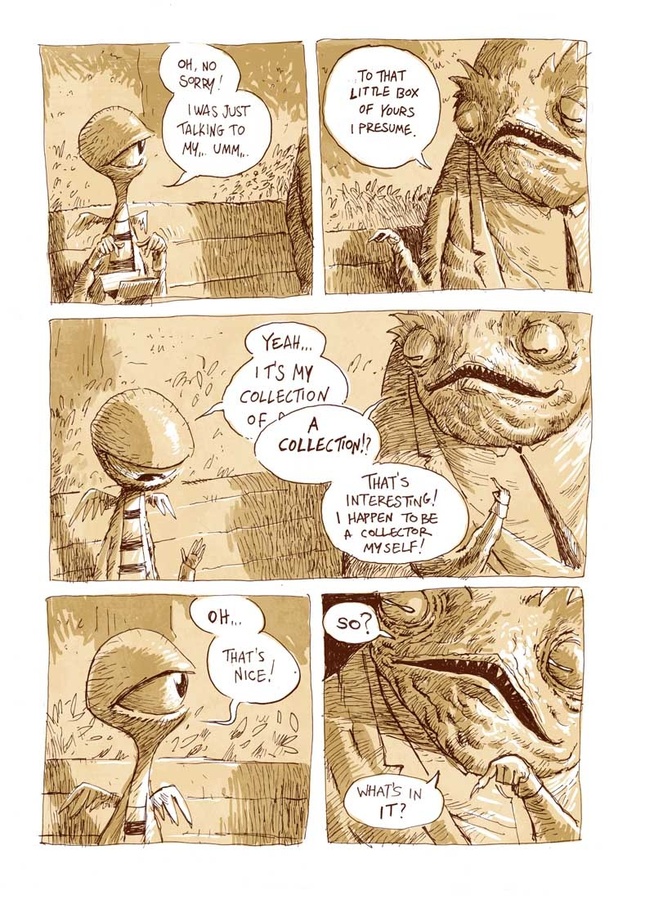 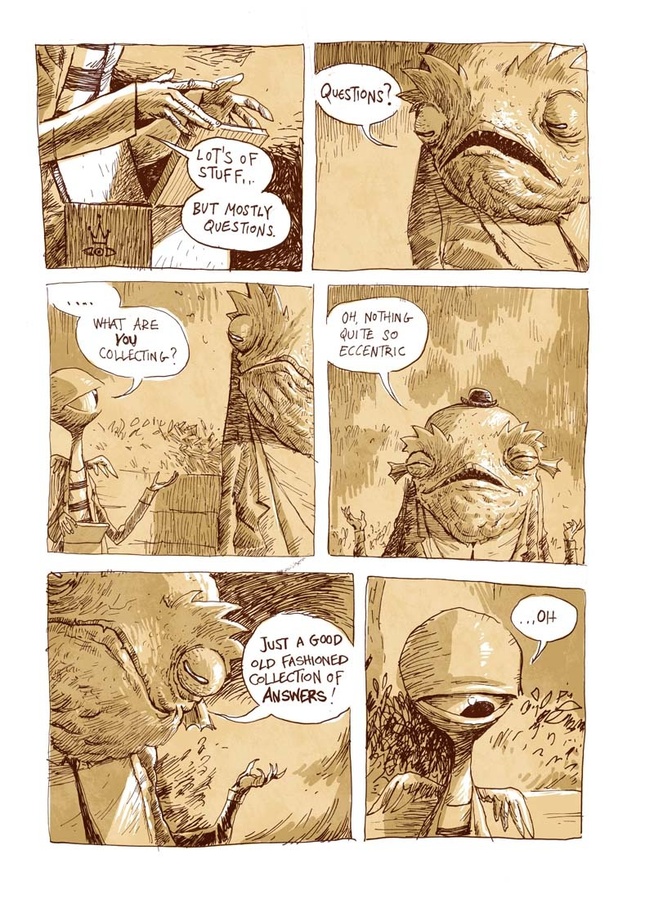 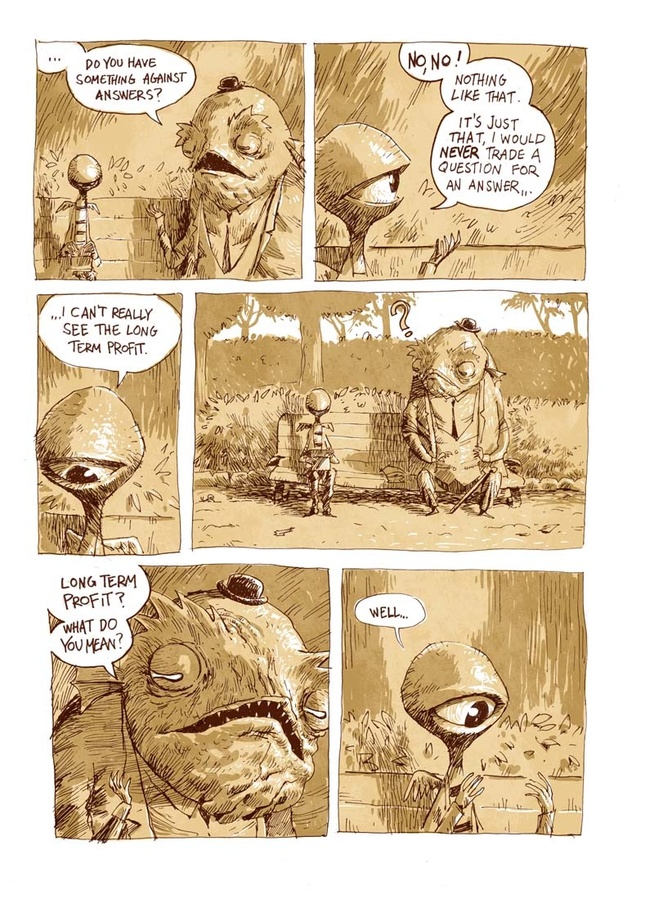 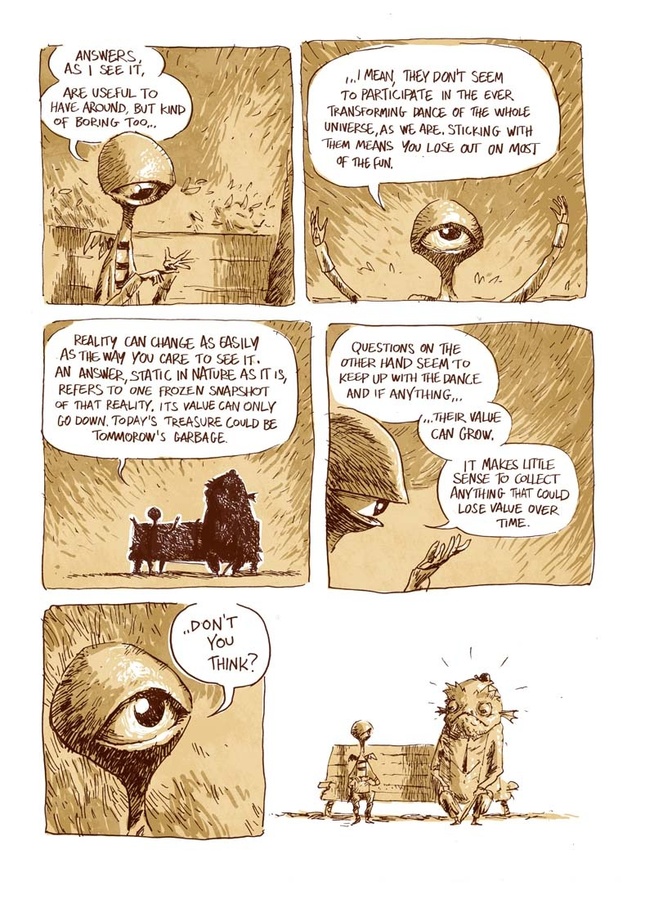 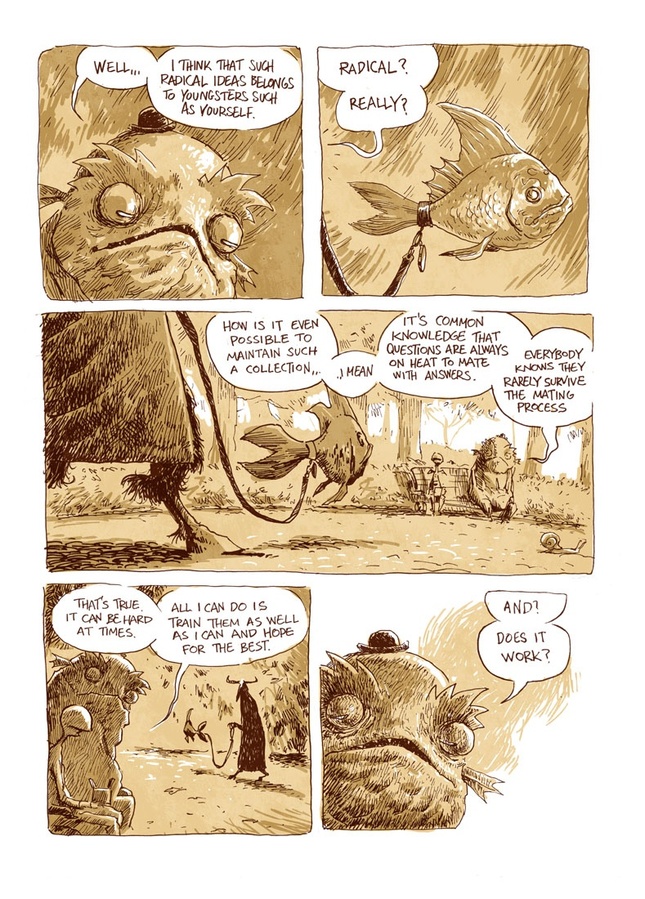 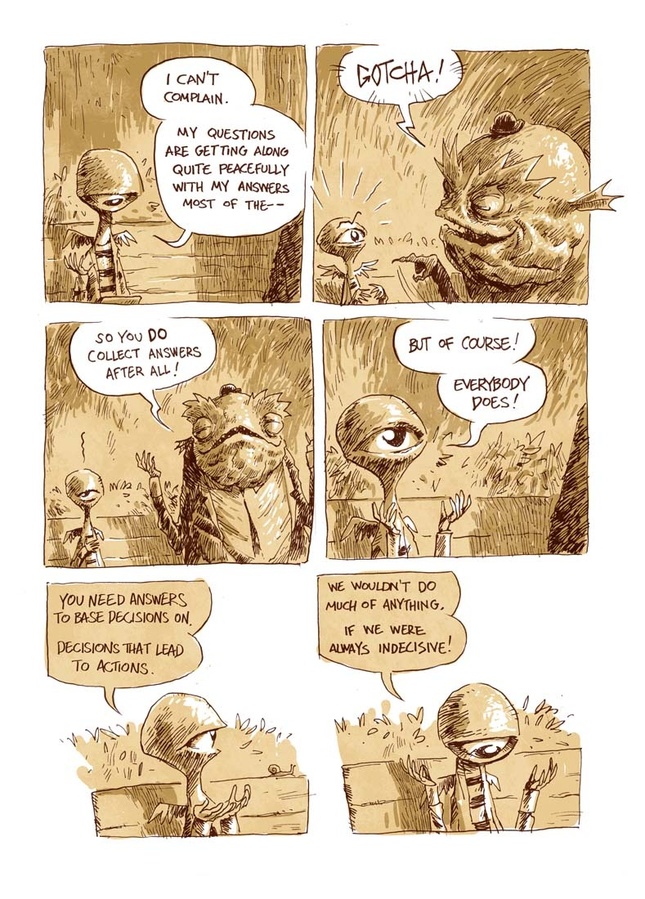 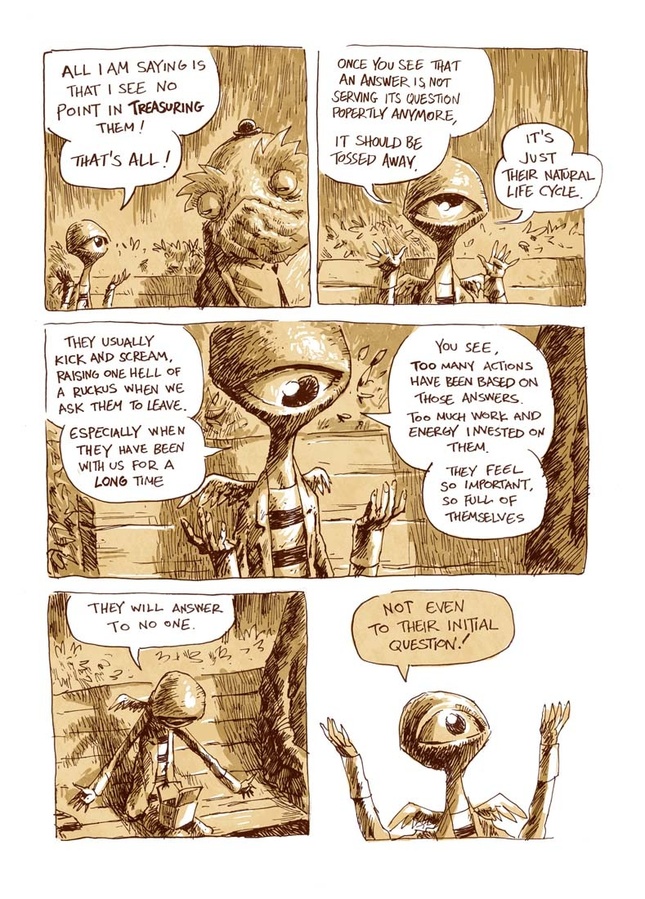 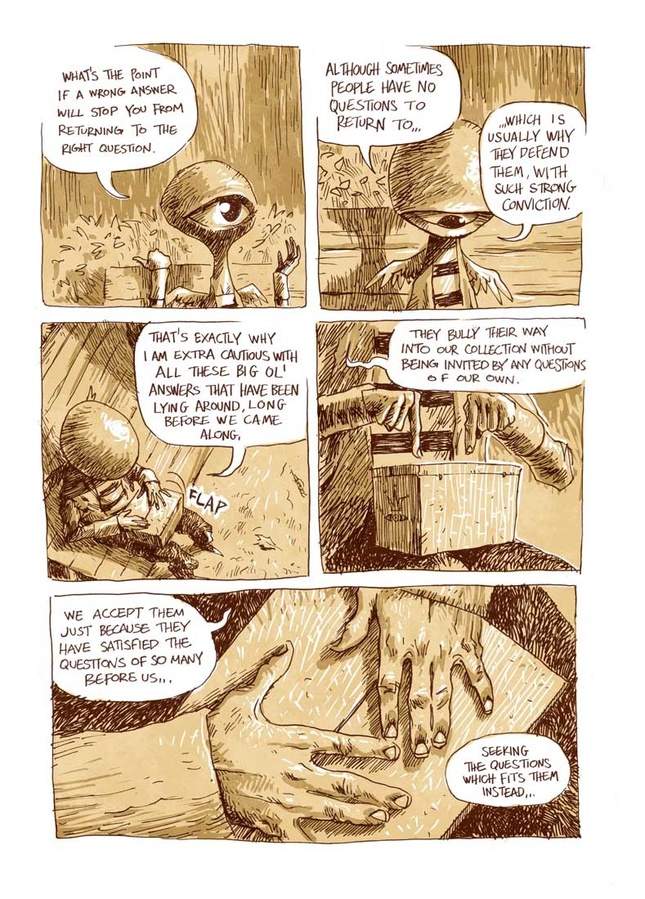 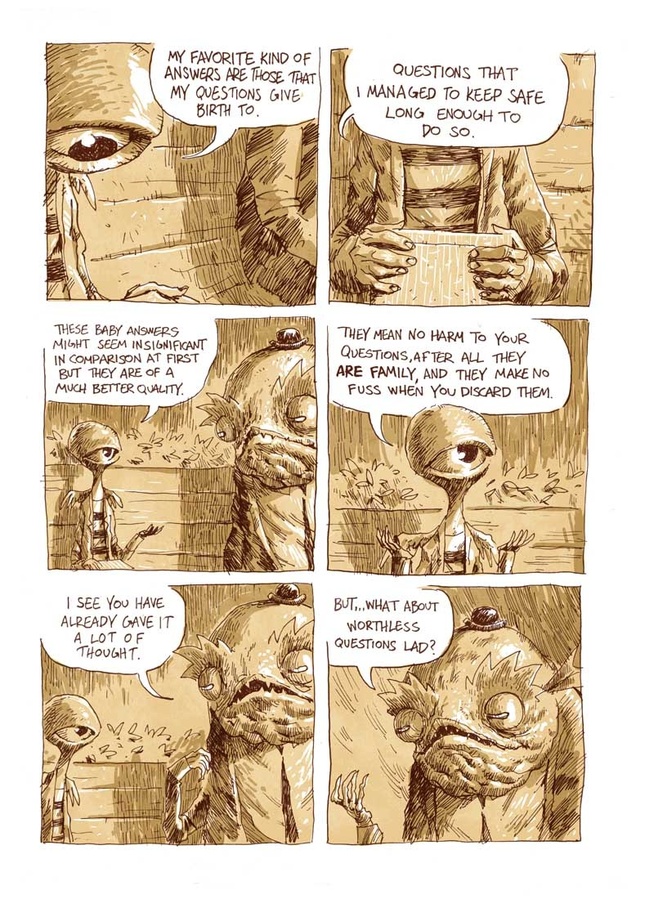 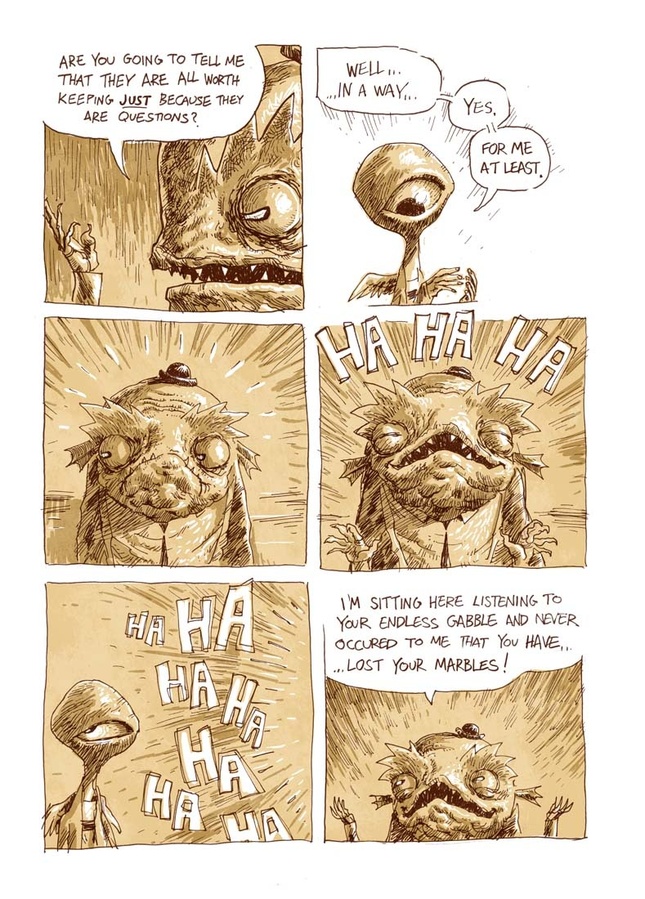 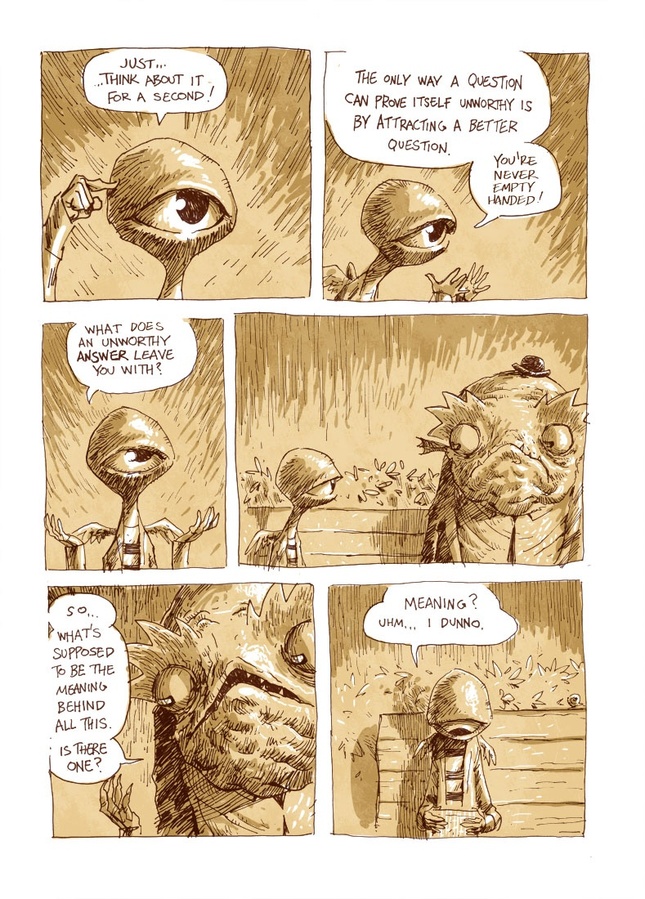 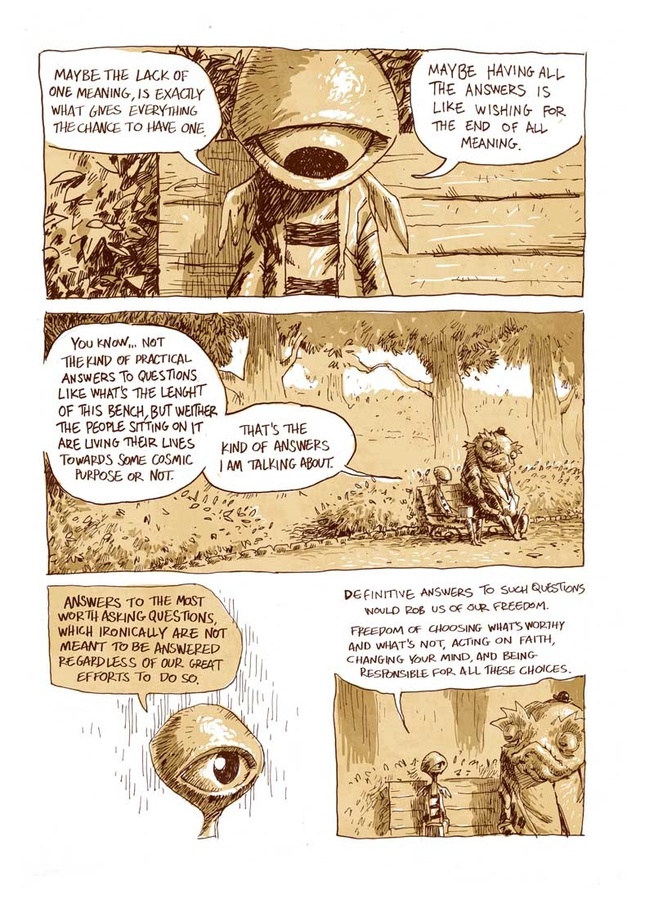 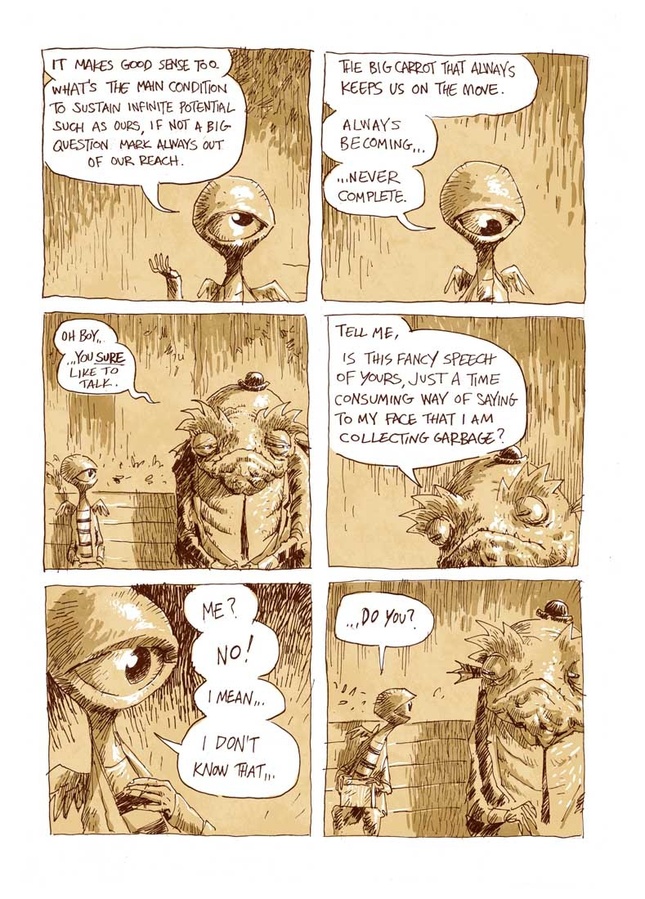 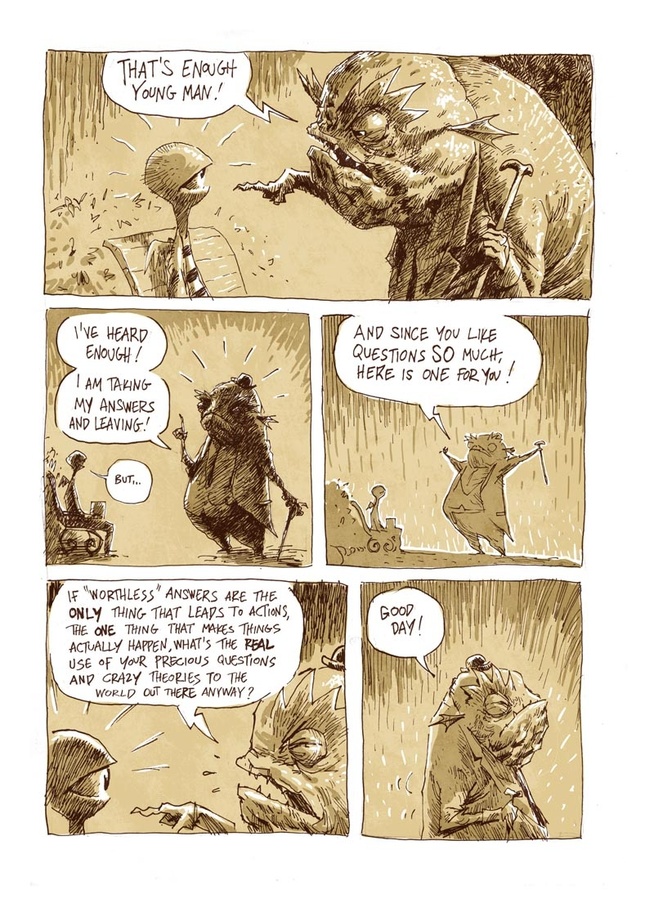 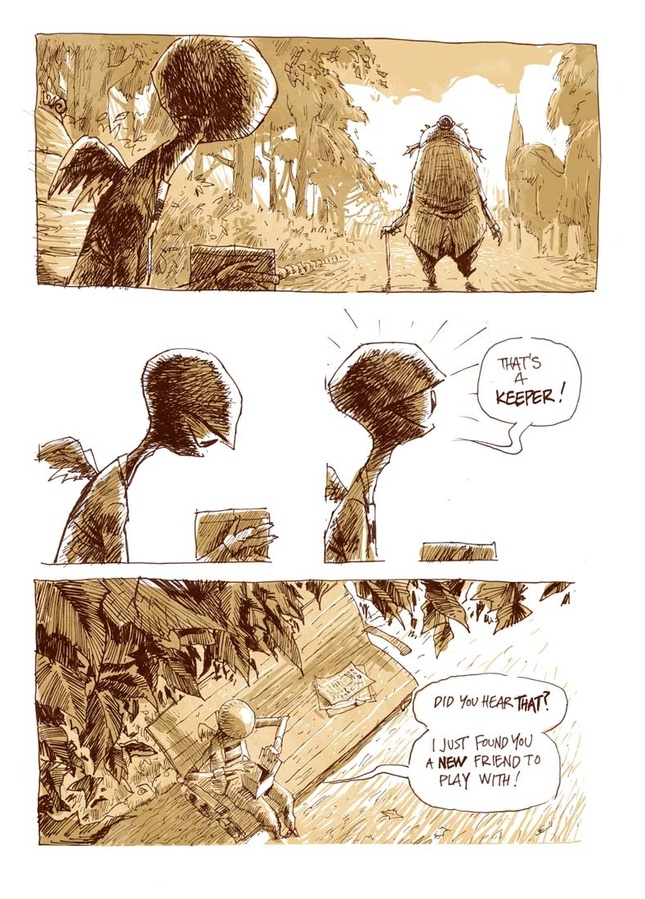 Email ThisBlogThis!Share to TwitterShare to FacebookShare to Pinterest
Labels: a, at, Day, park, the

Metro-Goldwyn-Mayer Inc. (MGM) is an American media company, involved primarily in the production and distribution of films and television programs. MGM was founded in 1924 when the entertainment entrepreneur Marcus Loew gained control of Metro Pictures, Goldwyn Pictures Corporation and Louis B. Mayer Pictures. Its headquarters are in Beverly Hills, California. 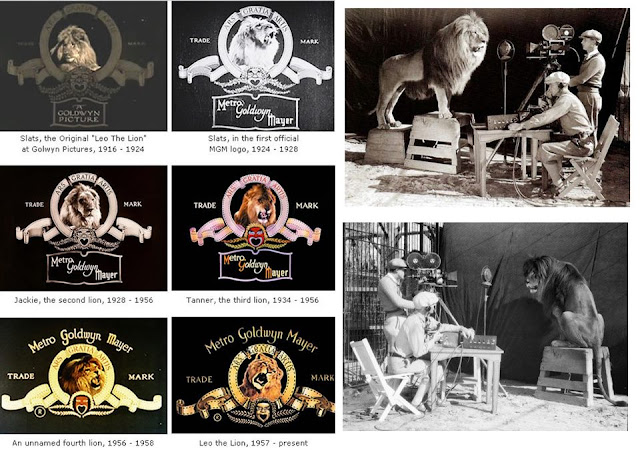 Analysis of the Apple logo design and the Golden Ratio by Thiago Barcelos.


The golden ratio is an irrational mathematical constant, approximately 1.61803398874989. Studies by psychologists have been devised to test the idea that the golden ratio plays a role in human perception of beauty. Some of the greatest mathematical minds of all ages, from Pythagoras and Euclid in ancient Greece, through the medieval Italian mathematician Leonardo of Pisa and the Renaissance astronomer Johannes Kepler, to present-day scientific figures such as Oxford physicist Roger Penrose, have spent endless hours over this simple ratio and its properties. (Via: Wikipedia)


To save a Real Media file you simply do the below steps: 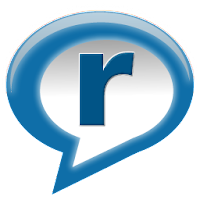 Or just save the url in to a word document etc and save it as a .htm web page and open the web page and right click the "save target as".


The file should be downloading now!


PS: This would not work if the link inside the notepad is indirectly linked trough JS.

Ai Weiwei: Without Fear or Favour, a BBC Documentary

Exploring the role of art as an agent of change, or what 100 million porcelain seeds have to do with Twitter. 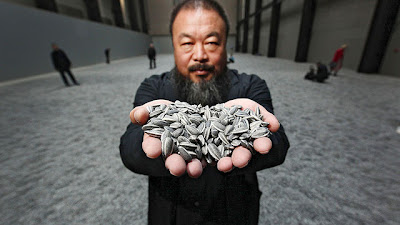 Creative visionary, political activist and post-modern Renaissance man Ai Weiwei is China’s most widely known and politically vocal contemporary artist. His now-legendary Sunflower Seeds installation for the Tate Modern in October 2010, which took 2.5 years and 1,600 Chinese artisans to produce 100 million hand-crafted sunflower seeds from the finest Chinese porcelain, offered powerful commentary on consumerism, Chinese industry, human rights and collective labor. In February 2011, a 220-pound pile of the seeds sold for $559,394 at Sotheby’s in London. On 3 April, 2011, Ai Weiwei was detained under harsh conditions for over two months without any official charges being filed, on allegations of “economic crimes.”

On June 22 2011, following a large and sustained outcry by international human rights organizations and prolific Western media coverage, the Chinese government released Ai Weiwei on bail, under a number of conditions. But the controversy surrounding his work and the provocative political questions raised by his arrest remain an important part of the global dialogue on art, activism and freedom of speech.

"He uses the publicity he gets in a very knowing way, and he uses exhibitions and projects, like the Bird’s Nest stadium, as a platform to be visible and to be able to turn them against themselves. And that’s extremely interesting, and a very sophisticated way of being an artist."


This fascinating hour-long documentary titled Ai Weiwei: Without Fear or Favour, released by BBC One’s Imagine program earlier this year and recorded shortly prior to Ai Weiwei’s arrest, helps contextualize his work, its cultural significance and its implicit political tensions. Ironically, the film — which deals with issues of openness, censorship and accessibility — is not viewable outside the U.K. thanks to BBC’s restrictive digital media policies, but it’s available on YouTube in its entirety, at least for the time being, thanks to what seems to be Ai Weiwei’s own Chinese YouTube account. Enjoy.\

"Ai Weiwei is, to my mind, the most significant Chinese artist we are aware of in the West. He’s articulate, he’s passionate, he goes to the edge, he’s unafraid of criticizing the politics and the situation in his own country, nor indeed is he afraid of criticizing Western capitalism."


For more on Ai Weiwei, his work and convictions, look no further than the excellent Ai Weiwei’s Blog: Writings, Interviews, and Digital Rants, 2006-2009, culled from the salvaged archive of the artist’s blog, which was taken down by the Chinese authorities in 2009. Courageous, honest and effusively eloquent, Ai Weiwei’s writing offers a rare lens on the mental and physical state of present-day China, the role of contemporary art in politics, and the role of the artist as an agent of change.

Mgical Finger Painting. A street Artist Fabian Gaete has magical fingers . He paints less than three minute painting which you will appreciated. He has magical finger and has God gifted talent. Maureira works in Santiago Chile, using primarily his fingers to speed paint nature scenes on glass panes. According to his display, each piece is completed in just about three minutes. 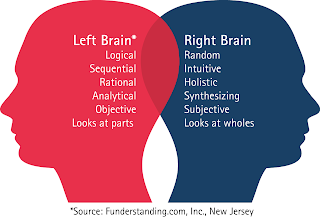 Creativity enables us to hear the language of the Spirit. But the Holy Spirit doesn’t speak to us through logic… so it needs to bypass our logic. Since logic is processed in the left side of our brains, it is therefor logical (hee hee) that the freedom and ability to create and be creative comes from the right side of our brains. Some right brain functions are:

The importance of Abstract and Interpretive Arts

I used to be one who had absolutely no interest in abstract artwork. It was always all about realism for me. The more realistic I could paint or draw something, the better I thought it was. Because of this mindset, I also avoided overall looking at or admiring abstract artworks. For the most part I didn’t bother because I felt they were either “to easy” and therefor of little value artistically, or I just didn’t understand them, which scared me, so I just didn’t make any room in my life for such things. However, a few semesters of Art History changed my perspective, and I soon found myself actually pondering some of the more abstract works I’d always ignored. For example, I’d never understood how anyone could find a Picasso beautiful or moving, but I’ve since come to find his work to be nothing short of daring and genius. Obviously, understanding the background of the work and the time during which it was produced really helped fill in some gaps for me. But it was also about opening up my mind to new tastes. This is what many of us who lean toward realism and photo-realism need to learn to do. But how does one make such a leap?

Think of it this way…. the more abstract the concept or form, the more it forces the shift from one way of thinking to the other. Betty Edwards says in her book, Drawing on the Right Side of the Brain, “The complexity of the form forces the shift to the right hemisphere mode.” How wonderfully violent! I think this is an important thing to remember when introducing oneself to abstract art. It may be uncomfortable at first, but it is a necessary discomfort that won’t last very long. Like popping contact lenses in for the first time. You suffer the first few moments as you pry your eyelid open and bravely poke around with your finger until the lens suctions to the surface of your eye; but a few blinks later you feel like a new person, seeing clearly, with eye feeling just as natural as can be.

Speaking of fingers, for our first Spiritual Arts class our assignment was finger painting. The objective was to cover the entire paper with paint, leaving no white. The only other rule was that it had to be totally and completely abstract – that is to say, no crosses, no doves, no angels, no flowers, no open doors, no ladders, no cliche christian symbols.. in fact, no symbols or figures or faces of any kind. Simply shapes and movement and colour. I will tell you right now, this was the most fun I’d had painting in a long time. Everyone’s paintings were absolutely beautiful and I was amazed at the diversity – every student’s painting was completely different from anyone else’s. Analyzing that kind of painting was done using emotions (“I see growth and expansion” or “it feels like necessary chaos”) rather than descriptive nouns (“I see a tree” or “it reminds me of a birds nest”). This kind of painting is an extreme (and extremely effective) way of forcing yourself into a right-brain mindset, while this kind of critiquing helps keep you there and actually helps open you up further into it.

And here are a few beautifully ads designed for Mercedes Benz and thought them appropriate to this post about right brain creativity. 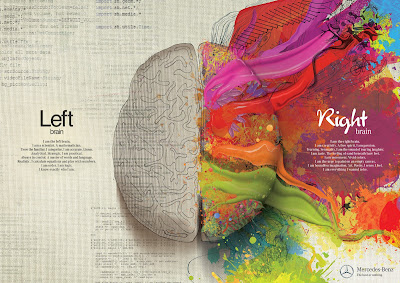 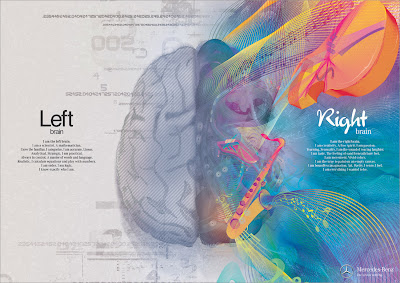 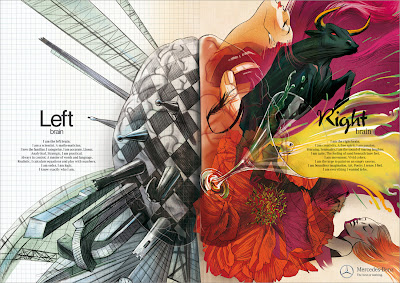 (Left:) "I am the left brain. I am a scientist. A mathematician. I love the familiar. I categorize. I am accurate. Linear. Analytical. Strategic. I am practical. Always in control. A master of words and language. Realis...tic. I calculate equations and play with numbers. I am order. I am logic. I know exactly who I am."
(Right:) "I am the right brain. I am Creativity. A free spirit. I am passion. Yearning. Sensuality. I am the sound of roaring laughter. I am taste. The feeling of sand beneath bare feet. I am movement. Vivid colors. I am the urge to paint on an empty canvas. I am boundless imagination. Art. Poetry. I sense. I feel. I am everything I wanted to be."