Pepsi: The first developed and produced in the early 1890’s by Caleb Bradham, a pharmacist in New Bern, North Carolina labeled as “Brad’s drink”. In 1898, Bradham renamed his drink into “Pepsi-Cola”.

The Logo of Pepsi is one of the most famous logo in the world. It is considered one of the world’s most recognizable corporate trademarks. From 1898 to 2009 Pepsi had been evolved its logo and design more than 10 times.

There are a lots of people does not likes the new logo. In contrast, I find it very simple and funny .
below are two funny renditions of the logo for fun! 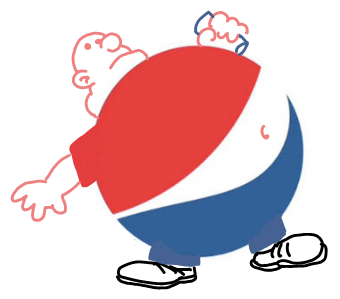 Here is a video:

Source: Logo Talks and Nbengo blog.
Posted by Madhukar B Raju at 12:40 AM