These are two different things, and I've seen so many "professionals" mix the two up that it drives me up the wall.

Stationary.
This is the act of standing still or lack of motion. I am standing in one place, therefore I am stationary.

Stationery
This is your standard Letterhead, Business Cards, Envelope setup. Stationery refers to paper items that are written on.


Honestly, when I was 14 I didn't know the difference until somebody informed me of it. From then on I have known the difference. Unless you're 14, you don't have an excuse.

"That being said, you could also get a paper weight stationery car and a stationary piece of paper.

Google sky - Google has taken the same idea and turned it upside down.

London: Galileo showed off his telescope nearly 400 years ago. And astronomy has come light-years since then. The latest gadget for the star-struck is Google sky. Now 200 million galaxies could just be a mouse click away.

First there was Google earth where you could pick a destination, say, Buckingham Palace and it would takes you on a ride around the globe, zooming in from space for a close up aerial view of the queen's house.

Now Google has taken the same idea and turned it upside down.

That latest tool is Google sky. It's designed to explore what lies beyond earth, starting with the backyard view of space from anywhere on the planet.

Like Google earth, the sky software delivers a different view of existence to your desktop, but without the same potential for voyeurism.

Scientists say this is exciting because throughout human history people have stared into space and wondered. Now they hope having all this information available, easily in one place, to inspire a new generation to look up and study—what lies beyond.

“We thought we could use that same base technology but put it in reverse and look outwards and use the imagery that the astronomy community has created to produce a really exciting new tool,” said Ed parsons Geospatial Technologist, Google.

The stars and constellations as you would see them above. The images and information are all available elsewhere. But Google says this is the only way you can navigate humankind's collective knowledge of space in one location.

“There are no limits. And when you put this in the hands of millions of people literally, to the great public, in a way that has never done before. This is public outreach for science in a way that is going to be very revolutionary,” said Dr Francisco Diego, University College London.

Newly-launched web site EveryStockPhoto looks like a promising source of stock images for use in your blog, web site or presentation.

EveryStockPhoto doesn't host images - it aggregates them from other sites. Currently indexing over 220,000 photos, EveryStockPhoto's sources include Flickr and morgueFile so far. Register for a free account to bookmark and tag your favorites photos, too.

EveryStockPhoto [via Micro Persuasion]
Posted by Madhukar B Raju at 3:01 AM

Dumb But Profitable. 10 Million Dollar Ideas That Shouldn't Have Worked.

1000000 pixels, charge a dollar per pixel – that’s perhaps the dumbest idea for online business anyone could have possible come up with. Still, Alex Tew, a 21-year-old who came up with the idea, is now a millionaire.

Hire another person to think of a cool domain name for you? No way people would pay for this. Actually, naming domain names for others turned out a thriving business, especially, when you make the entire process risk free. PickyDomains currently has a waiting list of people who want to PAY the service to come up with a snappy memorable domain name. PickyDomains is expected to hit six figures this year. Full Story

Create goggles for dogs and sell them online? Boy, this IS the dumbest idea for a business. How in the world did they manage to become millionaires and have shops all over the world with that one? Beyond me.

LaserMonks.com is a for-profit subsidiary of the Cistercian Abbey of Our Lady of Spring Bank, an eight-monk monastery in the hills of Monroe County, 90 miles northwest of Madison. Yeah, real monks refilling your cartridges. Hallelujah! Their 2005 sales were $2.5 million! Praise the Lord. Full Story

You can’t sell antenna ball online. There is no way. And surely it wouldn’t make you rich. But this is exactly what Jason Wall did, and now he is now a millionaire. Full Story

Create a deck of cards featuring exercise routines, and sell it online for $18.95. Sounds like a disaster idea to me. But former Navy SEAL and fitness instructor Phil Black reported last year sales of $4.7 million. Surely beats what military pays.

How would you like to go on a date with an HIV positive person? Paul Graves and Brandon Koechlin thought that someone would, so they created a dating site for HIV positive folks last year. Projected 2006 sales are $110,000, and the two hope to have 50,000 members by their two-year mark.

Christie Rein was tired of carrying diapers around in a freezer bag. The 34-year-old mother of three found herself constantly stuffing diapers for her infant son into freezer bags to keep them from getting scrunched up in her purse. Rein wanted something that was compact, sleek and stylish, so in November 2004, she sat down with her husband, Marcus, who helped her design a custom diaper bag that's big enough to hold a travel pack of wipes and two to four diapers. With more than $180,000 in sales for 2005, Christie's company, Diapees & Wipees, has bags in 22 different styles, available online and in 120 boutiques across the globe for $14.99.

Ok, how’s that for a brilliant idea. Get a postal address at North Pole, Alaska, pretend you are Santa Claus and charge parents 10 bucks for every letter you send to their kids? Well, Byron Reese sent over 200000 letters since the start of the business in 2001, which makes him a couple million dollars richer. Full Story

Fake wishbones. Now, this stupid idea is just destined to flop. Who in the world needs FAKE PLASTIC wishbones? A lot of people, it turns out. Now producing 30,000 wishbones daily (they retail for 3 bucks a pop) Ken Ahroni, the company founder, expects 2006 sales to reach $1 million.

To see other businesses that have not made the top 10 list but came pretty close, visit Uncommon Business Ideas Blog

Sound can be stored in many different formats.

The MIDI (Musical Instrument Digital Interface) is a format for sending music information between electronic music devices like synthesizers and PC sound cards.
The MIDI format was developed in 1982 by the music industry. The MIDI format is very flexible and can be used for everything from very simple to real professional music making.
MIDI files do not contain sampled sound, but a set of digital musical instructions (musical notes) that can be interpreted by your PC's sound card.
The downside of MIDI is that it cannot record sounds (only notes). Or, to put it another way: It cannot store songs, only tunes.
Click here to play The Beatles.
The upside of the MIDI format is that since it contains only instructions (notes), MIDI files can be extremely small. The example above is only 23K in size but it plays for nearly 5 minutes.
The MIDI format is supported by many different software systems over a large range of platforms. MIDI files are supported by all the most popular Internet browsers.
Sounds stored in the MIDI format have the extension .mid or .midi.

The AU Format
The AU format is supported by many different software systems over a large range of platforms.
Sounds stored in the AU format have the extension .au.

The AIFF Format
The AIFF (Audio Interchange File Format) was developed by Apple.
AIFF files are not cross-platform and the format is not supported by all web browsers.
Sounds stored in the AIFF format have the extension .aif or .aiff.

The SND Format
The SND (Sound) was developed by Apple.
SND files are not cross-platform and the format is not supported by all web browsers.
Sounds stored in the SND format have the extension .snd.

The WAVE Format
The WAVE (waveform) format is developed by IBM and Microsoft.
It is supported by all computers running Windows, and by all the most popular web browsers.
Sounds stored in the WAVE format have the extension .wav.

The MP3 Format (MPEG)
MP3 files are actually MPEG files. But the MPEG format was originally developed for video by the Moving Pictures Experts Group. We can say that MP3 files are the sound part of the MPEG video format.
MP3 is one of the most popular sound formats for music recording. The MP3 encoding system combines good compression (small files) with high quality. Expect all your future software systems to support it.
Sounds stored in the MP3 format have the extension .mp3, or .mpga (for MPG Audio). 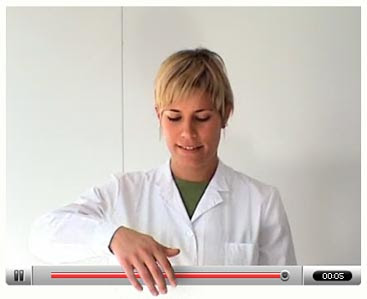 The Best 80 Photoshop Text Effects on the Web

The Best 80 Photoshop Text Effects on the Web
The so called text effects or type effects are carefully hidden guilty pleasures that most designers enjoy to try, but would never dare to apply in real life work. For those that love text effects and have the courage to admit it, here’s a thorough guide to the best 80 text effects available on the Web. 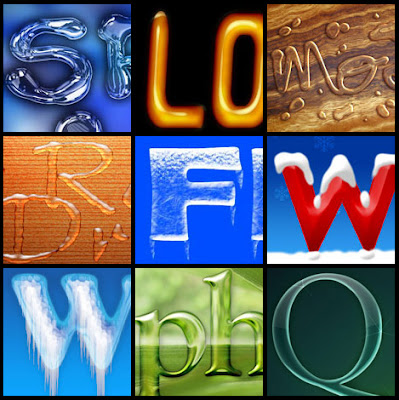 Via: The Photoshop roadmap
Posted by Madhukar B Raju at 10:27 PM

Below you’ll find some Icons and Brushes - resources.

Via: smashingmag.
Posted by Madhukar B Raju at 10:05 PM

A Japanese blogger who goes by the name Hamachiya2 has discovered a single line of HTML and CSS that crashes IE 6. The line is:

If you’re brave, you can click here to try it out. The code is rendered correctly in Firefox, Safari and Opera (didn’t get a chance to try any other browsers, but presumably they work too). But in IE 6 it raises a fatal error in mshtml.dll…

This is LOL, M$ again proved they suck… It is crashing on a single line of plain HTML and they call it a browser.